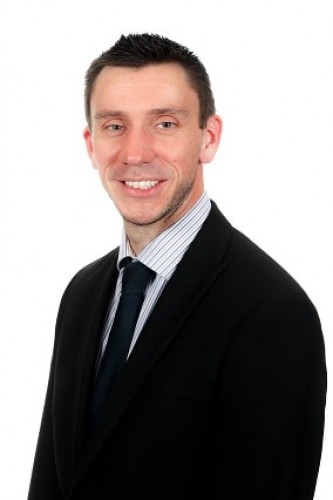 You will often find Glenn climbing / hiking / struggling up a mountain on a weekend.  He enjoys the outdoors and enjoys his sports.  He supports Scunthorpe United FC.  Please don’t judge him, he was born there!  When not out hiking Glenn enjoys playing cricket or at least attempting to.  Glenn listens to music, podcasts and enjoys reading too, normally crime thrillers.

Glenn qualified as a solicitor in November 2007.  Glenn is accredited as a police station representative and also as Magistrates Court duty solicitor.  In June 2017 Glenn qualified as a Higher Court advocate and therefore represents defendants in the Crown Court.  Joining Waldrons Solicitors in October 2016 Glenn uses his experience to represent defendant’s across all criminal courts including Magistrates, Crown Court, County Courts.  Ranging from minor offences to very serious offences of violence, drug offences and conspiracy offences there isn’t anything that Glenn has not done.  Defending private prosecutions including RSPCA prosecutions and Council led prosecutions is also something that Glenn has experience a wealth of experience in

Glenn studied law at the University of Newcastle upon Tyne achieving a 2:1 with honours degree.  Following on Glenn initially specialised in Mental Health law attaining an accreditation to the Mental Health Review Tribunal panel enabling him to represent clients detained under the Mental Health Act at various psychiatric hospitals around the UK.  Now Glenn is able to utilise that experience and knowledge to represent vulnerable defendants facing criminal proceedings.  Thereafter focusing on representing defendants within criminal proceedings Glenn achieved police station representative and court duty accreditations and in June 2017 successfully qualified as a Higher Court advocate

I just wanted to say how impressed I was with my solicitor. She was so calm and utterly professional when I was getting stressed and was always there with a response when I needed reassurance